‘Being born at the Record Plant recording studios NY in the early 70’s then moving to The Hit Factory and RCA Recording Studios I’ve had the opportunity to use a multitude of microphones and pointing to the Neumann U47 which we all know, now we have the Peluso 22 47 SE. It exceeded my expectations in every way in the digital recording domain. As engineers we strive for excellence as we did during the analog days. Now I have the opportunity to use the Peluso 22 47 SE in a live setting based on the Abbey Roads sessions and yes its outstanding. My hats off to Peluso Microphones for an outstanding design which sounds the way it should, GREAT !!!!’ -Howie Lindeman

Howard ‘Howie’ Lindeman has been a FOH, audio engineer and producer for countless recordings and performances including Roberta Flack, Natalie Cole, Ravi Shankar, Blue Oyster Cult, Stevie Wonder, and even the Pope! Howie will be the front of house engineer for The Sessions, a re-staging of The Beatles recording sessions at Abbey Road Studios. The world tour of the show will debut at the London Royal Albert Hall. For the vocal mic Howie has selected the Peluso 22 47 SE. We provided 22 47 SE mics with a special matte finish head grille for this production.

At Left: Three 22 47 SE mics being used for on stage vocals on center stage arena performance of ‘The Sessions’

The Sessions –
The Beatles At Abbey Road

The legendary Abbey Road Studios…made famous by the Beatles…is perhaps the most celebrated recording studios in music history. Countless fans would love to have been a fly-on-the-wall during the John, Paul, George and Ringo sessions. Imagine sitting in on those iconic moments, laying down track after track, with the Fab Four. Now you can come close.

We invite you to come back in time as THE SESSIONS recreates those phenomenal arrangements and vocals as they happened all those years ago. Overseen by the acclaimed recording engineer Geoff Emerick, you will experience all the sounds, energy and electricity created by the original live performances.

Ladies and Gentlemen – this may have been what it looked like – here are THE BEATLES IN SESSION ! 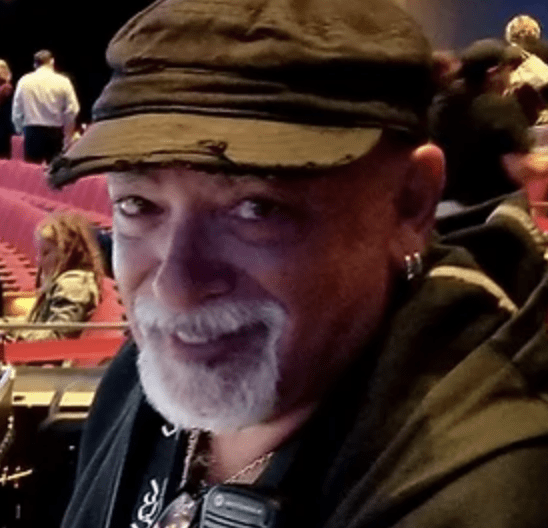 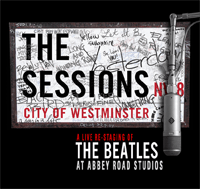 The Sessions - The Beatles At Abbey Road: Howie had us set up four 22 47 SE mics with custom matte finish head grilles and our custom vintage pop filters that he used as live stage mics in the touring production.