“I did record a bunch of mandolin tracks tonight and just for fun replaced my normal favorite combo U87 and km 184 set up with the 22 47 LE and the km 184 and was totally excited by the results!! I totally didn’t expect to like it so much better on mando. I always used the Neumann U47 on vocals, guitar and bass when I had that here in the studio and never tried it on mando. The 22 47 LE gave the mando much more depth and tactle voice qualities than the U87. Pretty cool!” “I just wanted to say those P84s sound GREAT!! We did an A B session with the 184’s and there’s hardly a worthy comparison. The P84s sounded much fuller and sweeter.” -David Pelta-Tiller

David and Enion Pelta-Tiller are founders of the acoustic ‘supergroup’ Taarka. In addition to his superb musicianship, David is an accomplished engineer and producer. Working from his home studio in Lyons, Colorado, Elephant Revival, Darol Anger, and Sally Van Meter are just a few of the inspiring musicians he’s recorded. In 2013 the Pelta-Tiller’s home and studio were suddenly washed away by the flooding that devastated Lyons. In just 20 minutes, their instruments and a couple Peluso mics were among the few items they were able to load into their van before all else was washed away. They continue to tour, make music, and record as they work re-settling their home and studio. The passion and compassion found in this family is truly inspiring!

David Pelta-Tiller:
David began playing guitar at age 8, spurred on by his musician father. His childhood in Virginia was spent learning the abundance of bluegrass and Celtic and rock music there, but by age 14 he was enriching his knowledge with classical and jazz guitar training at the North Carolina School of the Arts, and began exploring the mandolin.With a diligent practice schedule and great aspirations, David took on the mandolin full time in his late teens, and was a founding member of the celebrated High Sierra Festival Record label’s band ThaMuseMeant, based in New Mexico. In ThaMuseMeant’s 8 year history, they toured all over the United States, sharing stages with the likes of the Dave Matthews Band, Sheryl Crow, Ricki Lee Jones, Blues Traveler, String Cheese Incident, Leftover Salmon, YMSB, Greg Brown, and many others.
In 2000, when the band broke up, David moved to NYC to follow his heart and study jazz, where he met Enion Pelta, a member of Brooklyn Browngrass. They began writing together and formed the group Taarka to feature their music.

Upon recieving the 22 47 LE:
So I’ve been loving the mic. Its been my first thought go-to mic since its been in the studio and I’ve tried it on everything. I’ve loved it on voice, mandolin, bass, fiddle, dobro, cello and guitar this far.
Sally Van Meter (a legendary dobro player here in Lyons who’s played with a who’s who of players) has been tracking in my studio and proclaimed completely unprovoked “this is my favorite mic I’ve ever played my dobro under!!, I LOVE the sound we’re getting here!!” – I asked her if y’all could quote her on your page and she said absolutely! Dan Rodriguez from Elephant Revival told me “I like the 22 47 better than the Neumann U47 I was just recording with up in Seattle for the Elephant Revival recordings”.

I love the mic, and feel its a must have for my studio. On most of what I put it on it was great! There has been a couple of occasions when it wasn’t perfect for the job or I had to EQ a wee bit but over all it has been a supreme charm.

On the P-12:
I love the P-12. It doesn’t give as much low end response as the 22 47’s but has a beautiful wet sweetness I’ve been really liking on a lot of things. It’s a great go to mic for banjo, mandolin and voice. It lets an instrument or voice sit inside a mix in its own significant space.

The 22 47 LE vs the 22 47 SE:
So, It gets fascinating to me all the different flavors! I’ve now done 4
different shootouts with all the Peluso mics you’ve sent and other mics we have around here. The differences between the SE and LE are significant. The SE is brighter and has some cross over flavors with the P-12 though the lower end tones are still obviously 22 47s. I really like the SE. The LE was quite a bit darker than the SE. I find the LE to be slightly smoother in the shootout but I could easily see someone reaching for the SE more often and easier. Dan (Rodriguez) likes the SE better. I’m still a fan of the LE though I really like both.

Taarka’s live shows strike a balance between well-crafted songs and spirited instrumentals these days, expanding on its beginnings as a purely instrumental string band putting a modern spin on Gypsy and Eastern European folk music. Taarka has drawn from wide-ranging influences over the past 10 years. Sophisticated listeners would be able to distill flavors of Western and Eastern folk traditions, jazz, rock, bluegrass, old-time, gypsy, Indian, and Celtic music all in a string band setting. Taarka has lately been gaining notice for their songwriting, which is informed by traditional bluegrass, oldtime and folk from America and Europe, 19th century poetry, and rock inspired by performances with some of the greatest names in songwriting today, including Darrell Scott, Greg Brown, James McMurtry, and Nathan Moore, but which incorporates sweeping pop and popping gypsy elements. 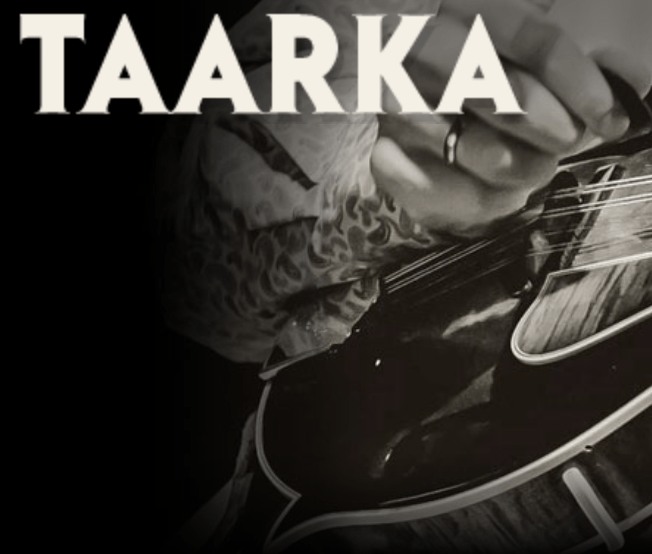 This is a short description or tagline for the link