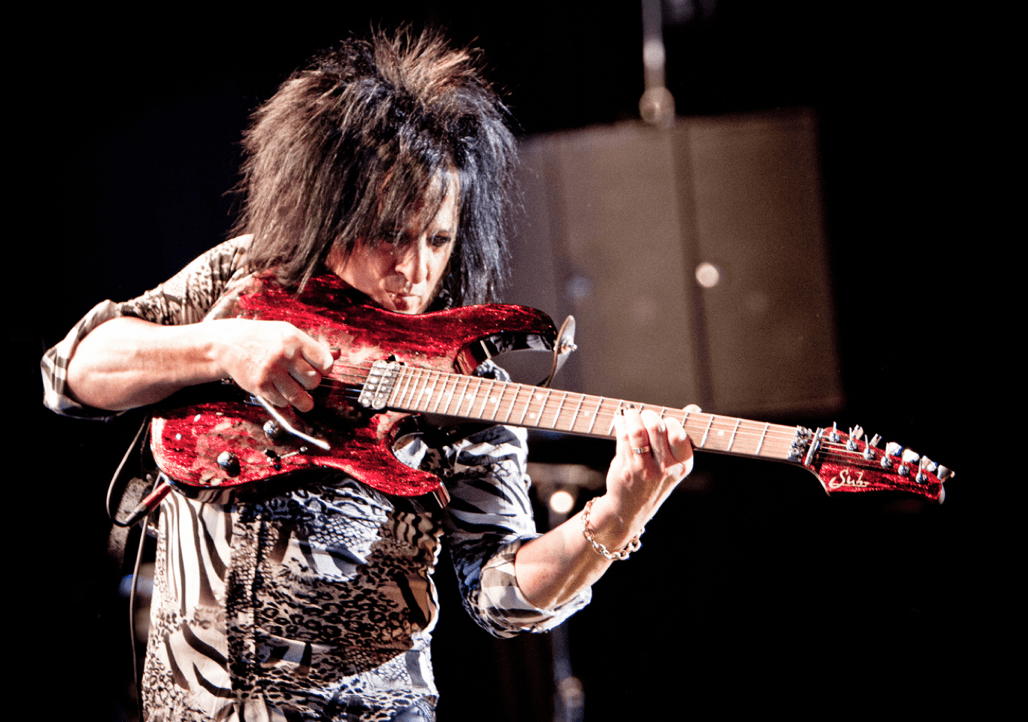 I have had a chance to record with the P-67 finally. Wow. I was sent one of the new Supro reissue amp to demo, and your mic is capturing it brilliantly. Pretty much anywhere i place the mic, it sounds great…yet every distance creates another character. It’s great being able to really play with the room ambience mix in the guitar sound. It really captures the “real” aspect of an amp. Thanks, Steve Stevens

Steve Stevens is one of the most original guitarists to emerge from the ’80s rock scene, best known for his 30 year partnership with Billy Idol, his work on Michael Jackson’s “Dirty Diana”, his Grammy Award winning performance on “Top Gun Anthem” and his work with Vince Neil on “Exposed”. Stevens catalog of hit songs that he co-wrote & performed alongside Idol include “Rebel Yell”, “Eyes Without A Face” and “Flesh for Fantasy”. They sound as fresh and relevant today as the day they were released, as evidenced by being recently covered by artists as varied as Miley Cyrus, Green Day, Queens of the Stone Age, Him, Black Veil Brides, Children of Bodom, Dope, Daughtry, Sum 41, Blink 182, Drowning Pool, Murderdolls, Deathstars and The Donnas.In addition to currently working on a new record together, Idol & Stevens continue to tour to sold out crowds all over the world. Stevens has also lent his unmistakable sound and style to many hit records, including Pink “Try This”, Diana Ross “Eaten Alive”, Joni Mitchell “Chalk mark in a Rainstorm”, Robert Palmer “Don’t Explain”, The Thompson Twins “Here’s to Future Days”, Ric Ocasek “This Side of Paradise”, Peter Criss “Let Me Rock You”, Juno Reactor “Shango”, “Hokata”, and “Pistolero”, Kyosuke Himuro “Beat Haze Odyssey”, Steve Lukather “Lukather” and on his solo outings with Steve Stevens Atomic Playboys “Atomic Playboys”, Jerusalem Slim “Jerusalem Slim”, Bozzio Levin Stevens “Black Light Syndrome” and “Situation Dangerous” and the critically acclaimed solo releases “Flamenco A Go Go” & “Memory Crash”.

Stevens has performed on numerous movie soundtracks in addition to “Top Gun”, including “Matrix Reloaded”, “Once Upon A Time In Mexico”, “Speed”, “Big”, “Dogtown”, “Coyote Ugly”, “Look Who’s Talking Too”, “The Upside of Anger”, “Ace Ventura; Pet Detective”, “The Wedding Singer” and “Heavy Metal”. Stevens also tours with several popular all-star bands including Camp Freddy and Kings of Chaos.

In 2010 Stevens welcomed reality TV cameras into his home and appeared alongside his wife, Josie, on the international hit E! channel show, “Married to Rock”, which allowed viewers a look behind the curtains into his life, both on and off the road. 2013 saw Stevens writing and recording with Sebastian Bach, touring internationally with Billy Idol and Kings of Chaos, as well as the release of a signature amplifier with Tone Merchants and a signature guitar with Knaggs Guitars.

In 2014, Stevens will be releasing new music with Billy Idol, with extensive international touring to follow, while preparing for the release of his second signature guitar with Knaggs Guitars in January 2015.